The International Association of Conference Interpreters – commonly known by its French acronym, AIIC (Association Internationale des interprètes de conférence ) – was founded in 1953 in accordance with the French Law of 1 July 1901. It is the only global association of conference interpreters, bringing together over 3,000 professionals from 105 countries across 6 continents.  Its main purpose is to promote professional excellence and good working conditions, as well as represent the interests of all interpreters. 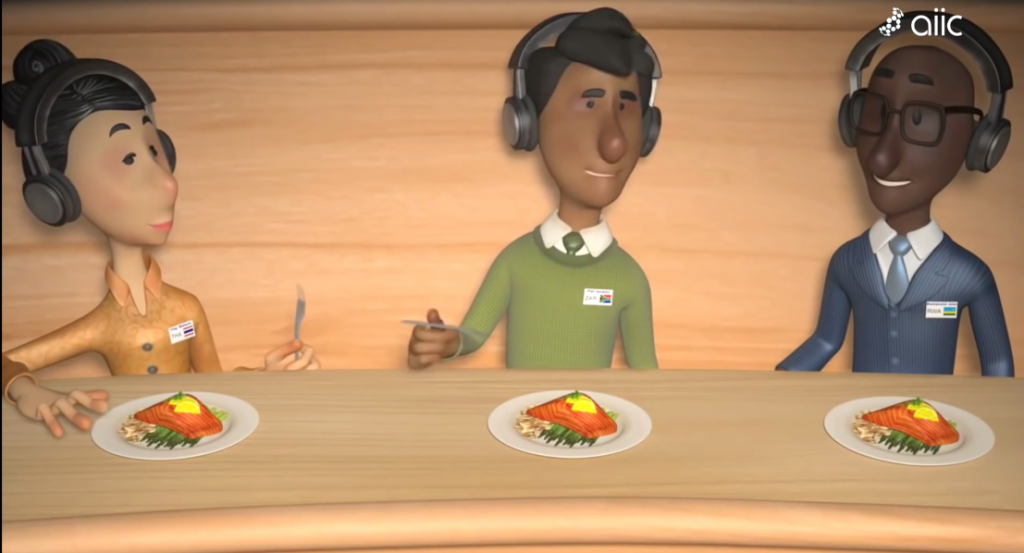 (Click on the image to play “Let them hear you”, an AIIC animated video on the value of speaking your own language at international meetings where your message will be delivered by expert interpreters in the target language in its original flavour.)

The Association consists of active, associate and honorary members as well as candidates and pre-candidates. All members are required to comply with AIIC rules. Find out how you can join AIIC.

The Assembly is the supreme statutory body of the Association and is composed of all members.  It is convened once every three years.

The Executive Committee is the executive body of the Association and is composed of the President, the Treasurer and  5 Vice Presidents, who are all elected by the Assembly. Their term of office runs from one Ordinary Assembly to the next.

The Secretariat runs the day-to-day activities of the Association and is headed the Executive Secretary. It is based in Geneva, Switzerland.

Each region is run by a Regional Bureau whose role is to provide support to members of the region and to act as an interface between the Region and AIIC Central. Learn more about the Africa Region.